Plans for the 13th annual Workshop on Digital Mapping Techniques (DMT ’09) were released today. The event is co-sponsored by USGS and the Association of American State Geologists (AASG) and focuses on geologic mapping issues. DMT ’09 is hosted by the West Virginia Geological and Economic Survey in Morgantown, WV, May 10-13, 2009. More info is at http://ngmdb.usgs.gov/Info/dmt for the moment. A dedicated Web site should be up next month.
Posted by Lee Allison at 5:35 PM No comments:

ScienceDirect feed for computers in geology

There is an easy way to get feeds from ScienceDirect of new publications in a variety of Earth science fields including on the topic of Computers in Earth Science. Chris at Highly Allochthonous posted a set of direct links or you log in with a personal Sciendirect registration, click on 'Alerts' in the main navigation bar, and choose the 'topic alerts' option. Chris listed feeds for GSA publications and others followed with comments on feeds from AGU and other publishers.

Here is the shortcut for the Computers in Earth Science feed:

http://rss.sciencedirect.com/getMessage?registrationId=IJIGIKIGJPIHQJJHKJINIOJMJOJPIKPKOBKOLRROOW
Posted by Lee Allison at 11:56 AM No comments:

A new study released by the National Research Council warns that the U.S. "position of leadership [in IT] is not a birthright, and it is now under pressure."

The pre-release of "Assessing the Impacts of Changes in the Information Technology R&D Ecosystem: Retaining Leadership in an Increasingly Global Environment," concludes that,
"the U.S. position in IT leadership today has materially eroded compared with that of prior decades, and the nation risks ceding IT leadership to other nations within a generation unless the United States recommits itself to providing the resources needed to fuel U.S. IT innovation, to removing important roadblocks that reduce the ecosystem’s effectiveness in generating innovation and the fruits of innovation, and to becoming a lead innovator and user of IT."

Their findings and recommendations fall into four broad areas:
I need to read this whole study in detail, but on first pass, the conclusions are not a surprise and the goals seem evident. The challenge, as usual, is getting there.
Posted by Lee Allison at 11:40 AM No comments: 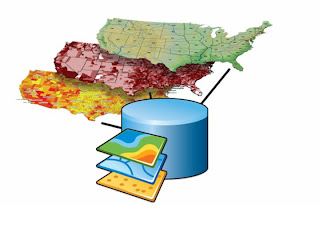 Jack Dangermond, head of ESRI, is circulating a $1.2 billion proposal to build a National GIS, as part of the recovery and reinvestment plans in Congress.

There's been a push in the past couple of weeks to try to get the Western Governor's Association to formally endorse it.

There's some brief excerpts from the proposal at the GIS User blog.
Posted by Lee Allison at 6:08 PM No comments: 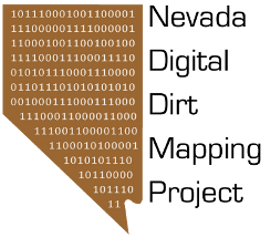 Kyle House (Geologic Froth) at the Nevada Bureau of Mines and Geology launched a new blog the other day to chronicle the development of the Nevada Digital Dirt Mapping Project.

Kyle hopes to "actively engage the relevant members of the geological community in discussing, critiquing, and reviewing the development of the map."

It looks like a fascinating project. The digital maps are expected to have interactive functions such as geotagged photos, GPS points, and located geochronological data.

An article in this week's issue of Science raises the question of whether NSF's investment of $175 million in the National Digital Science Library has paid off.

Author Jeffrey Mervis ("NSF Rethinks Its Digital Library") says "the payoff from NSF's investment, which has averaged almost $18 million a year [right], has been hard to quantify. Its biggest advocates admit that relatively few educators and researchers have even heard of NSDL, much less visited the Web site or contributed material. It's proven to be no match for Google as a search engine for finding good sites. And there's no evidence to date that NSDL has improved student learning. Although NSF officials insist that NSDL has been a success, the agency is in the process of reducing its support for digital libraries."

In a companion article, Mervis describes the history of DLESE (Digital Library for Earth Science Education). He reports that "in 2005, after getting a scathing report from a visiting committee on how NSF's $21 million investment had been managed, NSF decided to phase out its support. After much soul-searching, a slimmed-down DLESE found a home in 2007 within UCAR's National Center for Atmospheric Research in Boulder, Colorado, where it is now part of NCAR's library."

These are two examples of the sustainability challenge, whether it's NSF or other funding. What happens when the funds run out after developing a new capability? How do you maintain cyberinfrastructure after it's built? We are all looking for answers.
Posted by Lee Allison at 6:58 PM No comments:

Welcome to the Digicene era 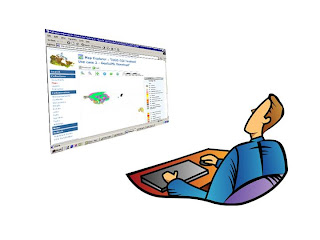 In 2000, Nobel Prize-winning atmospheric chemist Paul Crutzen coined the term Anthropocene to recognize that humans have become a significant geologic agent, and thus "it seems to us more than appropriate to emphasize the central role of mankind in geology and ecology by proposing to use the term 'anthropocene' for the current geological epoch."

An article in GSA Today last February proposed adoption of the Anthropocene as a new geologic epoch, stating that, " since the start of the Industrial Revolution, Earth has endured changes sufficient to leave a global stratigraphic signature distinct from that of the Holocene or of previous Pleistocene interglacial phases, encompassing novel biotic, sedimentary, and geochemical change."

So, with tongue-in-cheek bravado, I propose that somewhere in the last decade, we entered a period where digital and online technology are intersecting with the Earth and space sciences to change the way we work, think, and view the nature of our science. I humbly submit that we define this age as the Digicene, for "digi-" referring to "digital," and "-cene" the Greek root for "new."

The rise of the new age is indicated by the formation of the Geological Society of America's Geoinformatics Division, and the American Geophysical Union's Earth and Space Informatics Focus Group. The latter is the fastest growing area in AGU and hosted 22 sessions at the Fall meeting last month. The National Research Council's Board on Earth Sciences and Resources held a day-long roundtable on geoinformatics as well last month, as a prelude to studying the needs and challenges of the rapidly expanding field.

My intent with this blog is to share news and developments, comments, and opinions about what's happening in the broadly defined area of geoinformatics. I've posted a few items in my other blog, "Arizona Geology" but that forum is aimed at a specific audience and fairly well-defined set of topics. I've felt constrained in talking about geoinformatics there and have thought for some time that a separate blog is warranted.

I join a small group of geoinformatics bloggers including Robert Huber and Jens Klump (Stratigraphy.net Internals), Kyle House (Geologic Froth), Ramon Arrowsmith (Arrowsmith blog), and Andy (Open Source Paleontologist). As the geoblogosphere has mushroomed in the past two years, I expect the cadre of geoinformatics blogs will expand commensurately.
Posted by Lee Allison at 8:28 AM No comments: