The National Research Council is conducting a study ("Spatial Data Enabling USGS Strategic Science in the 21st Century") for the USGS on their science strategy for spatial data.   The committee is still accepting comments at least for the next couple of weeks.

(1) identify existing knowledge and document lessons learned during previous efforts to develop SDIs and their support of scientific endeavors;

(2) develop a vision for optimizing an SDI to organize, integrate, access, and use scientific data; and

(3) create a roadmap to guide the USGS in accomplishing the vision within the scope of the USGS Science Strategy.

Google and NOAA team up to display ocean and climate data

NOAA’s Office of Oceanic and Atmospheric Research announced that they and Google "have signed a cooperative research and development agreement outlining how they will work together to create state-of-the-art visualizations of scientific data to illustrate how our planet works."

This strikes me as another indication of the convergence towards a common data capabilities in the spatially-based sciences.

The areas that NOAA and Google will cooperate on include:

It's immediately obvious how much is happening with OneGeology globally and in Europe.
Posted by Lee Allison at 8:14 AM No comments:

The Pentagon's DARPA is worried that we are not producing enough computer geeks to meet national security needs, so they are looking for new ways to attract teens into careers in Science, Technology, Engineering, and Math (STEM).

An article on Wired.com quotes DARPA as saying, “ability to compete in the increasingly internationalized stage will be hindered without college graduates with the ability to understand and innovate cutting edge technologies in the decades to come…. Finding the right people with increasingly specialized talent is becoming more difficult and will continue to add risk to a wide range of DoD [Department of Defense] systems that include software development.”

Wired reports that " computer science enrollment dropped 43 percent between 2003 and 2006."

At AZGS, we've had trouble finding people to work in geoinformatics.   Computer scientists are looking for cutting-edge research projects rather than implementation and standards development.  Geoscientists typically don't get the CS background needed unless they happen to have a personal interest in it and often that seems to be discouraged by academic programs that push more core courses.

Posted by Lee Allison at 6:19 PM No comments:

Social media for the public good 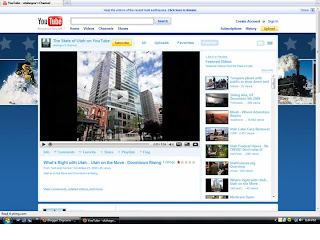 The State of Utah's Web portal "includes more than 30 blogs from public entities and more than 200 Twitter feeds from state and local agencies within the state," according to a report in Governing magazine.

Too many governments (and a reported 50% of private sector companies) automatically ban use of social media tools like Facebook, YouTube, and Twitter by employees on the assumption they will be big time wasters.    If the telephone were invented today, I expect it too would be viewed as a tempting distraction to lure employees from their gainful duties and lollygag with calls to family, friends, or bookies.

It's nice to see Utah (and others like my state of Arizona who allow us to blog, tweet, and more) embrace change for the public good.
Posted by Lee Allison at 7:31 PM No comments:

I'm passing on the announcement that: 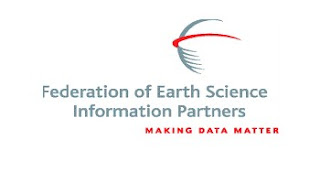 A draft report from the 2009 fall AGU town hall on "Peer-Reviewed Data Publication and Other Strategies to Sustain Verifiable Science" has been posted to the ESIP Stewardship and Preservation wiki at http://wiki.esipfed.org/index.php/Interagency_Data_Stewardship/2009AGUTownHall.  The town hall was jointly sponsored by the ESIP federation and the AGU data committee.  Please take a look and feel free to edit or comment on the report.  We particularly would like comments if you attended the town hall and feel that we missed an important point.  It is our intent to submit a boiled down version of the report as an EOS paper.

Posted by Lee Allison at 7:11 PM No comments: